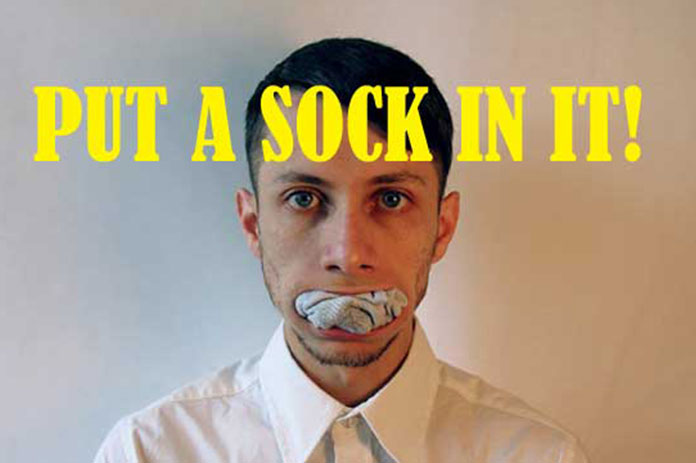 Before arriving in the UK I bet you thought you knew the English language pretty well.  You’re top in your class, you’ve been listening to BBC World Service and you even know a few colloquialisms. Then you arrive and people seem to be talking double-dutch and the accent isn’t what you’ve heard on the BBC. What’s going on?

To help you out we have compiled our top 50 weird sayings – idioms, slang words and regional phrases to give you a laugh and introduce you to a vocabulary that will make you sound like a local wherever you are in the UK.

It is used to describe something that is awesome. A word that is popular in the north and amongst youngsters.

When you hear this, the person is rarely asking you to pick a road! They are most likely substituting it for “any way”and the context could be “any road are you from China or Japan.”

This is used to describe something that is not very good. For example your lecturer might describe your essay “as a load of tosh”….harsh!

The phrase does not relate to bees or knees but is an idiom for excellence. It became popular in the 1920s along with “cats whiskers”.

Commonly used in Scotland when a person has seen a person they know, such as “I saw a few kent faces in the library”.  This idiom has nothing to do with the surname or the place. It is taken from an old English word that means “to know”.

6. Bite your arm off

Don’t be alarmed if someone says this. No one is about to literally bite off any part of your anatomy. It is used to describe excitement. For example someone might say to you: ”They will bite your arm off if you offer to write the essay.”

Considering that Brits are good at hiding their emotions we still have plenty of words to describe when we are not happy with something. One of which is “brassed off”. The origins of this word come from another slang “brass monkey” which meant to be miserable and cold.

It is used today when you want to say you have an odd selection of things. For example, you could say I have “a few bits’n bobs in the fridge. I’ll see what I can make”.  However, it was originally used to describe loose change in your pocket.

The origins of this saying are hotly debated but our favourite is this – it refers to the 20th British Prime Minister, Lord Salisbury, who famously appointed a nephew, who didn’t have the relevant experience, into an important political post. The PM’s first name was Robert but that was shorted to Bob for the saying “Bob’s your uncle”. The saying originally meant you could get anything or do anything if you had the right connections. Today it is more commonly used to say everything is OK.

This saying originates from the East End of London and is a rhyme for “take a look”.  It’s nonsense really but does sound funny.

No Cheerio is not just a breakfast cereal but also one of the many words used to say “goodbye” in the UK. “Tara” is popular in the North of England and you will also hear “laters” and “see ya”. “Ta ta” used to be popular but it is not used as much these days.

It is a quirky euphemism for being unhappy. Obviously you would be unhappy if your cheese went off! It can be used in casual and formal situations, for example someone could say: “I’m cheesed off that you ate the last piece of cake.”

It means to have a long chat and its origins come from a Welsh word meaning empty. It is believed that the word originates from a pub in North Wales where the landlady would ensure people drunk more than they intended. She would go around with a jug of ale and top peoples glasses up by saying “chi’n wag” – which is Welsh for “your cup is empty.” 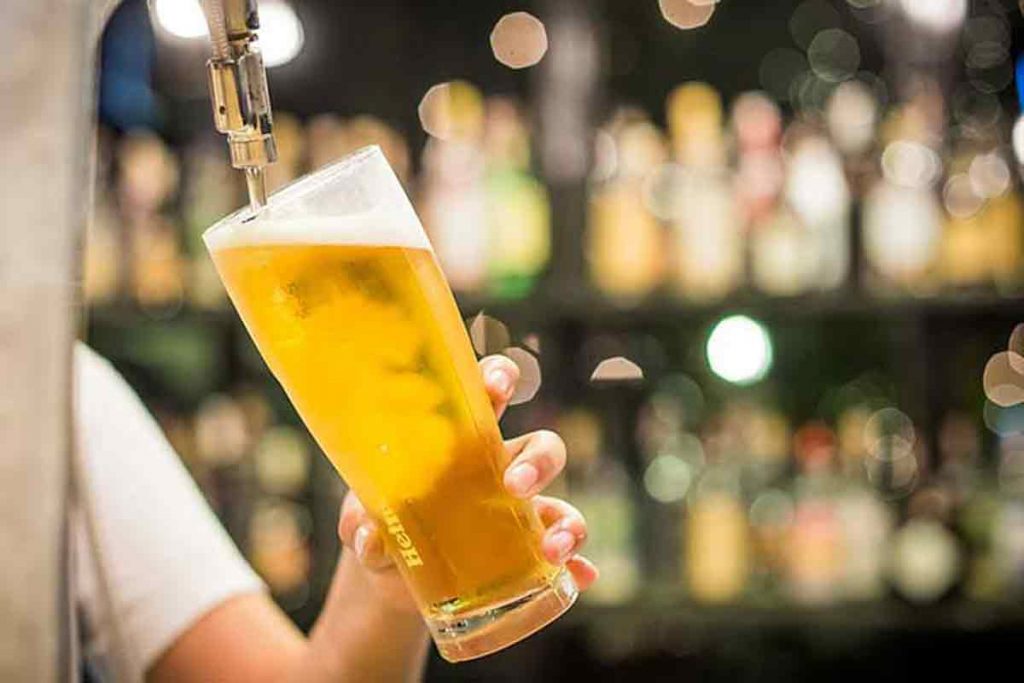 If someone is a bit of a dish or a bit dishy, it means they are attractive.

Someone may say this if you get something wrong or actually spill or break something. The essence of the saying is that you shouldn’t worry about it.

This is used amongst friends and is an affectionate way of making fun of a female friend when they have done or said something silly. Be aware the meaning changes dramatically when you say this to a stranger!

Student life wouldn’t be student life without a fair dose of parties. If someone invites you to a “do”, say yes, because they are inviting you to a party!

A fun and childish way of expressing something is easy to do or understand. We dare you to use it next time your lecturer is explaining something.

This is a tricky one. Full of beans can both mean someone is very energetic and vivacious or that they are talking a load of rubbish. Use with caution!

If you are gobsmacked you are amazed by something or someone, either in a good or bad way!

This is slang for food and comes from the old English word meaning ‘dig’. The association with digging for food morphed into the slang we use today.

This is used to describe someone who talks a lot and has a lot of opinions, not necessarily in a good way.

This is a popular saying that means that we all have different tastes and what is right for one person isn’t necessarily right for another.

It is just a cool way of saying that something is just fine!

This is a popular saying in Wales and simply means hurry up!

Next time you are in a restaurant and your friends are debating what to order, just say “order whatever. I’m easy”.  That’s a signal that you’re happy with whatever they order.

28. I’m off to Bedfordshire

It is a rhyming slang for when someone is tired and wants to go to bed. Get it?

29. Its brass monkeys outside

It is used when it is bitterly cold. The origins of this saying refer to the brass handles on doors….which get very cold. This bit makes sense but the monkeys bit of this saying is baffling.

If you are a lucky person you might be described as flukey or jammy.

If someone says they went to “a right knees up over the weekend”, they are talking about a wild party. Why wasn’t I invited?

If someone has the lurgy, STAY AWAY.  It means they are ill and possibly contagious.

If someone is described as minted it means they are rich, so become their best friend immediately!

To describe something as a “piece of cake” means you think it’s easy to do.  For example you might say: “this essay is a piece of cake.”

It is a word to describe wine and the reference is that it isn’t the best quality wine.

If you are accused of telling a “porkie”, it’s serious. It means someone thinks you are lying. The saying comes from an old Cockney rhyme that used pork pies and substituted “pies” for “lies”. It later got shortened to “porkies”.

If you have had enough of someone talking you can tell them to put a sock in it.  It is totally fine to use amongst friends but even you think your lecturer is going on a bit… we advise you keep the thought to yourself!

This is what you say when you jokingly don’t want to reveal where you are going.

If you hear this and it’s aimed at you, finish off whatever you are doing fast! The implication is you are taking too long or you are not doing it efficiently.

If you don’t want to go to that 9am lecture (understandable) or rather spend the afternoon in the SU, then suggest skiving off to a couple of like-minded people, but be prepared to be labelled a “shiver”.

Shirty is one way to describe someone who is ill-tempered.

It is when someone has taken advantage of you. For example when a classmate nominates you to lead a presentation, you can certainly claim to “have been stitched up.”

This can mean a number of things some ruder than others. But the most common use is when someone is expressing how tired they are.

If you hear this being used it means one person is shocked at what another person is doing or saying.

46. Throw a spanner in the works

You are likely to hear this saying when something goes wrong or someone makes a mistake.

May have originated from a Hindi word meaning everything is fine. The word itself comes from a Scottish children’s rhyme. It’s one of those nice sounding words you will hear when someone wants to express everything is going exceptionally well.

Not commonly used but you’ll sometimes hear it to describe someone who is very nice.

It is another word for shaky or unstable. You can use it to refer to a person or an object. For example you might say a chair has a wonky leg.

It is another word to describe someone that is fast asleep. 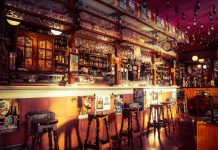 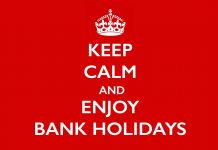 What are UK bank holidays and when do we get the day off? 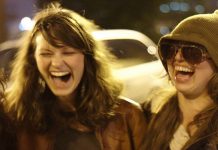 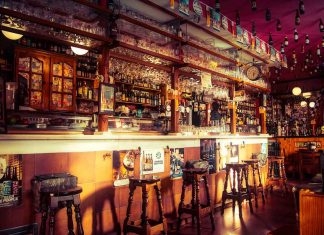 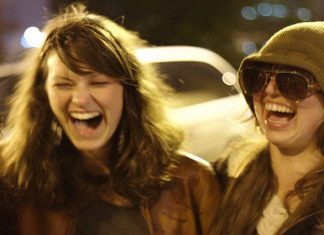