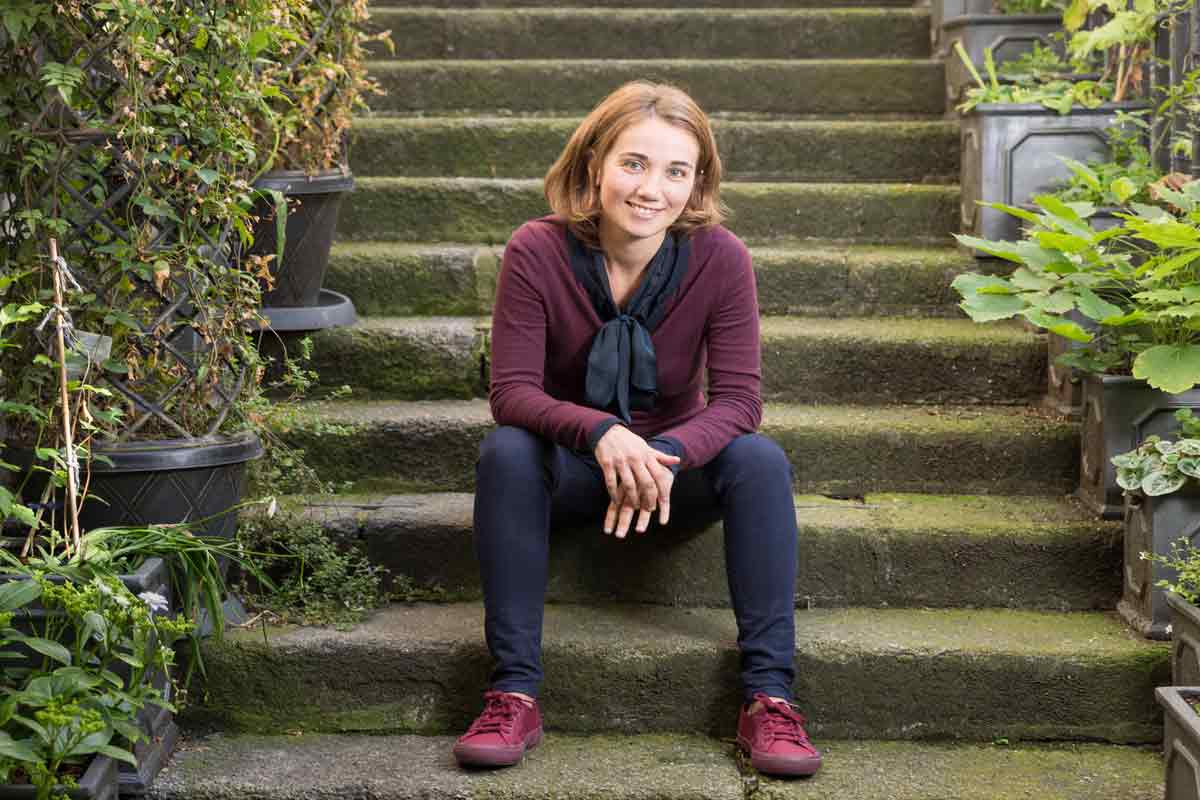 Giorgia Bacco admits there are barely enough hours in a day. She is a senior marketing executive at a publishing company, the co-founder of a thriving three-year-old business and the mother of seven-month-old Sophia.

“I’m exhausted,” she says, rolling her eyes, “but I always knew this would require a great deal of work.” The 34-year-old is referring to Dottore London, a company providing a range of medical services to the capital’s Italian community. Staffed by more than 20 Italian doctors, it is housed in a terrace house on a quiet street near the British Museum. Listening to the Italian receptionist making appointments on the telephone, it is easy to imagine one is in Rome rather than central London.

Bacco, who was born and raised in Genoa, came to London as a student. She had acquired a degree in public relations and marketing in Milan, but was lured to London Metropolitan University by the MA International Marketing Communications. Why London, we ask? Well she loved the city, spoke good English and America seemed “too far away” as a place to study.

Inspired to start a medical business

Bacco wanted to get a job in marketing after completing her studies, but found it difficult because she had no experience of working in the UK. A chance meeting with a group of dentists set her on a different path. They told her about an Italian dentist working in London whose patients were mostly Italian. She was intrigued: why would Italians prefer an Italian dentist? Aren’t all teeth the same?

The more she thought about it, the more the idea made sense. “I thought it would be great if there was an Italian gynaecologist in London because the Italian approach is completely different [to the British approach],” she says.

“Italian women go to the gynaecologist at least once a year and when they’re pregnant, they go once a month. In the UK, they only tend to go only when they have a problem.”

“If I hadn’t applied for the Accelerator program I wouldn’t have done what I did.”

Bacco knew that many Italian women living in the UK flew to Italy to see their gynaecologist rather than make a booking with a British specialist. The issue was partly the high cost of private care and partly the language barrier. It can be awkward explaining intimate concerns in a foreign tongue.

Another factor was the approachability of Italian medical professionals. “I’m not saying you need a friend, but the gynaecologist needs to be close to you rather than distant. And the English approach can be a little distant,” says Bacco. “Sorry, but it’s true!”

By this stage Bacco had enrolled at Accelerator, a business incubator run by London Metropolitan University. It allowed her to pitch her idea for an Italian medical clinic to experienced business professionals. The enthusiastic response convinced her she was on the right track. When her business plan won the Big Idea Challenge, an annual competition run by Accelerator, she realised there was no turning back. “I thought, ‘now I’ve won I have to do this’,” she says.

“It [Accelerator] was very useful because it allowed me to shape my idea and put it into practice. If I hadn’t applied for the Accelerator program I wouldn’t have done what I did.”

Dottore London was founded in October 2014 when Bacco recruited an Italian gynaecologist and paediatrician. At the same time she also found a London clinic willing to rent her consulting rooms when she needed them. She priced her consultations just below UK rates for private specialist care and used social media and face-to-face networking to spread the word among the Italian diaspora. She also acquired a business partner, a doctor, who helped her select medical staff and premises.

“If you have the motivation and you are dedicated you will be successful.”

At about this time she also landed a full time marketing job at a publishing company. Free time became increasingly scarce.

In its early days Dottore London carried out about ten consultations a month. By January 2015 the business was growing steadily and Bacco hired more doctors. The clinic now works with a roster of more than 20 medical professionals, including a GP and a dietician. Its core specialities include dermatology, neurology, urology, psychology and speech therapy. Bacco is looking to move to bigger premises and offering even more specialised services, such as autism assessment.

Is Brexit a concern for her business?

As an Italian working in London and a businesswoman who relies on a clientele that is 80 per cent Italian, it seems fair to ask her about Britain’s withdrawal from the European Union. ‘Brexit’ is a concern, she admits: “No-one really knows what is going to happen. I’m worried, but at the same time I know there are so many international people here and they aren’t just going to disappear.”

“…anything is possible if you really want to do something and you’re prepared to work.”

She is safeguarding her company’s future by expanding her clientele beyond the Italian community. Italian doctors have an excellent reputation. And Dottore London is working hard to increase the number of British and non-EU clients on its books.

Her advice to international students considering starting their own company in the UK is straightforward. “I’d say if they want to do something they have to have a clear aim and know why they want it. Without a clear idea it’s incredibly difficult,” she says, “They also have to be ready to work crazy hours. If you have the motivation and you are dedicated you will be successful. It might sound stupid, but I think anything is possible if you really want to do something and you’re prepared to work.”

This student turns her experiences of Nottingham into poetry