New Anglia Energy is a company formed by Nigel Cornwall with the express purpose of supporting local energy markets in Norfolk and Suffolk and developing regional leadership. We are different because we will demonstrate learning by doing, using the knowledge and relationships I have developed in a long and fruitful career in the sector to support local initiatives.

In the first instance the focus is on our flagship Greater Norwich Smart Energy Community project, which will act as beacon for commercial innovation, and establish a best in class local energy community based on engagement with consumers and enabled by new technology.

I continue to stay briefed through access to the market leading research and Insight of Cornwall Insight, which continues to go from strength to strength. New Anglia Energy is also supporting Pixie Energy, a Cornwall Insight company, as it develops its Ipswich micro-grid project and other regional “frontier” developments.

The week commencing 3 June was another busy one on the policy front. Rumours were rife that Theresa May intended to bring forward draft legislation before standing down as PM to implement a net zero target by 2050. The main push-back came from Chancellor Philip Hammond on grounds this would create an addition £1trillion burden on the economy over the existing 80% target.

Also last week, the Chancellor set out more detailed plans for the government’s Future Homes Standard. The Commons Treasury committee kicked off a new inquiry into the decarbonisation of the economy and green finance. And BEIS committee chair Rachel Reeves wrote to interim BEIS minister Chris Skidmore expressing concerns over the policy landscape for small renewables generators, especially the absence of any guaranteed route to market for small generators and the Treasury’s proposals to increase VAT rates.

Some of us scratched our heads by the statement that did issue from Chris Skidmore last Thursday about the government’s intention to roll forward a fifth of the undershoot against the second carbon budget into future budget periods. This elicited a protest letter from two select committee chairs, as well as Lord Deben at the Climate Change Committee.

Meanwhile the record coal-free run enjoyed by GB came to an end on Tuesday, after 18 days and six hours.

Here at New Anglia Energy, we confirmed the formal launch date for our Greater Norwich Smart Energy Community project with a meeting and reception on 3 July. We will be posting details on this project shortly.

New Anglia LEP has also firmed up a seminar for 18 July on clean energy and green growth and its preparations to develop a local industrial strategy at the Orbis Centre in Lowestoft. Details are here. 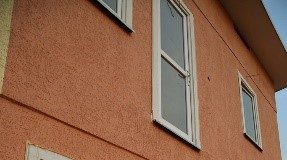 June 12, 2019
We now know bit more – but not much more - about the government’s commitment to implement a Future Homes Standard by 2025.

UK must step-up decarbonisation of heat and transport, says IEA

June 11, 2019
The UK must scale-up decarbonisation of heat and transport, according to the International Energy Agency’s (IEA), who has published its latest review of UK energy...

This area of our website is still under development

How do I pay less for my energy?

We can help you save on your energy bills

How can I use energy more efficiently?

Plenty of ideas how to be more efficient

How can I get paid more for the energy I generate?

What's happening in my energy community?

Plenty of ideas how to be more efficient

Read more about us here

© 2022 New Anglia Energy
We use cookies to ensure that we give you the best experience on our website. If you continue to use this site we will assume that you are happy with it.OKPrivacy policy